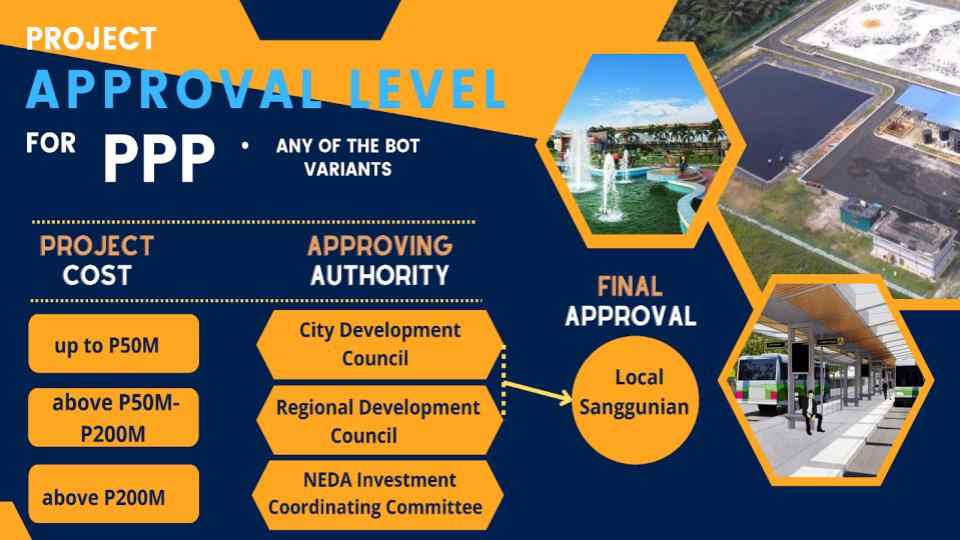 For the City of General Santos, the GSC PPP Code of 2015 known as  An Ordinance Adopting the Code of Public-Private Partnership (PPP) Approach in the Financing, Construction, Operation and Maintenance of Local Government Infrastructure or Development Projects,  Creating the General Santos City Private Partnership Board (GSCPPPB), providing appropriations and Incentives Therefor and For Other Purposes shall apply. 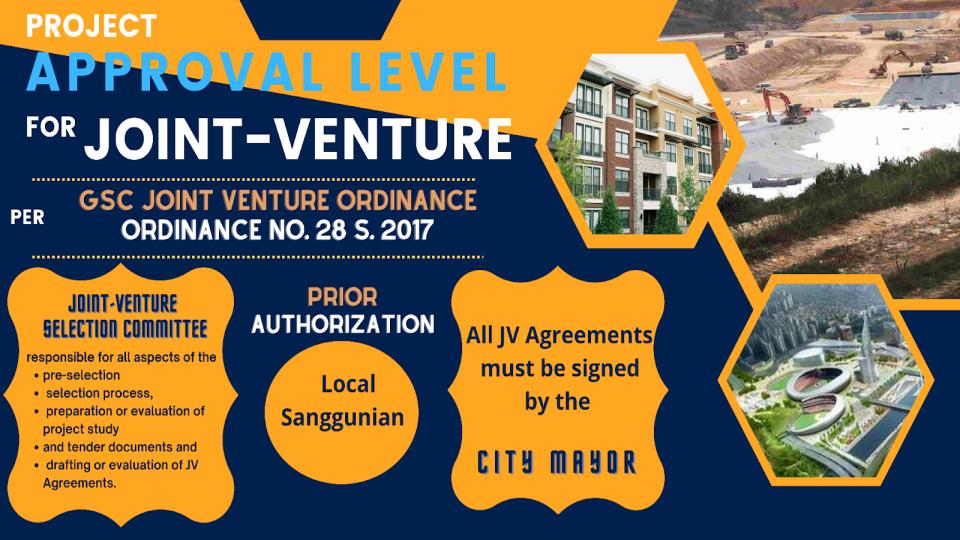 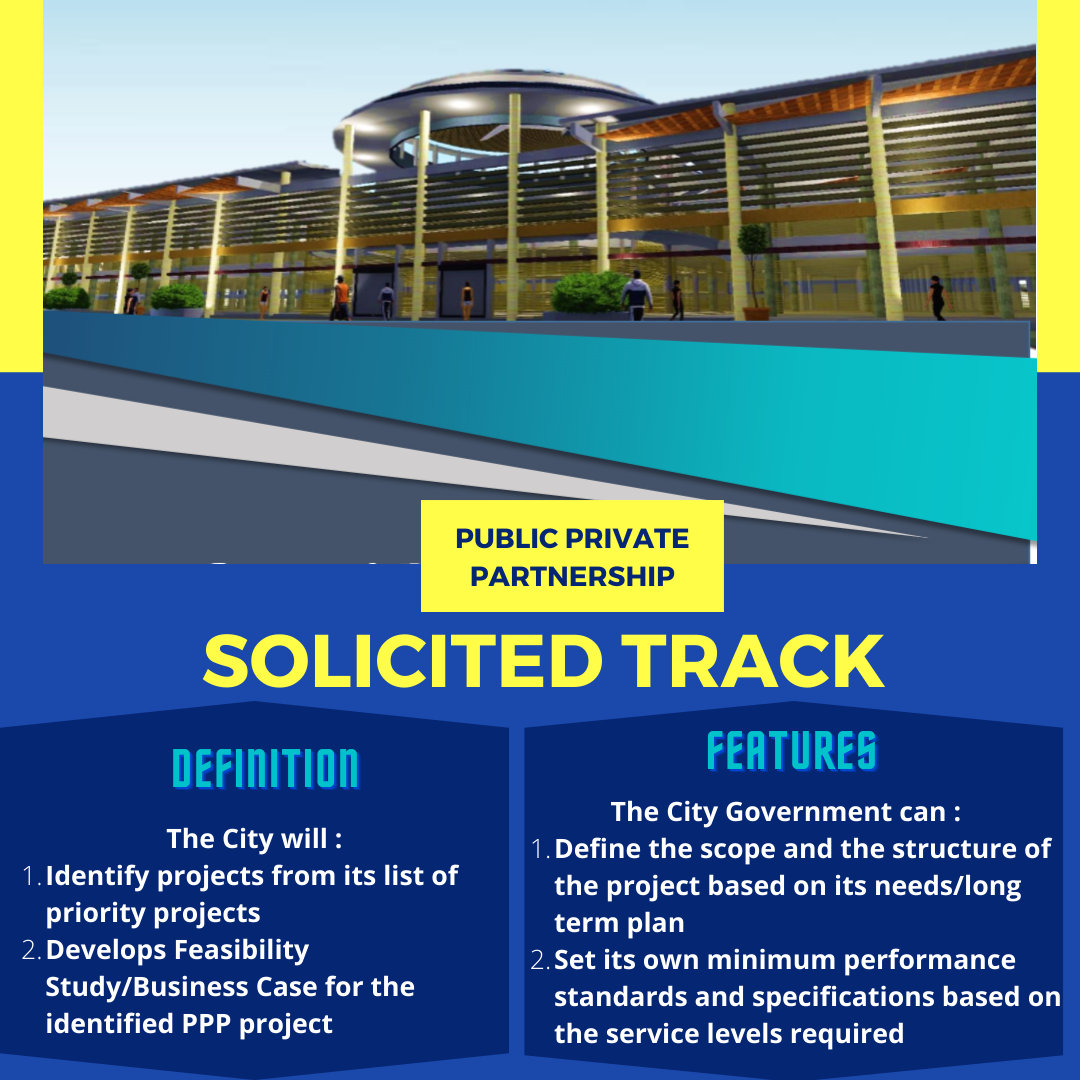 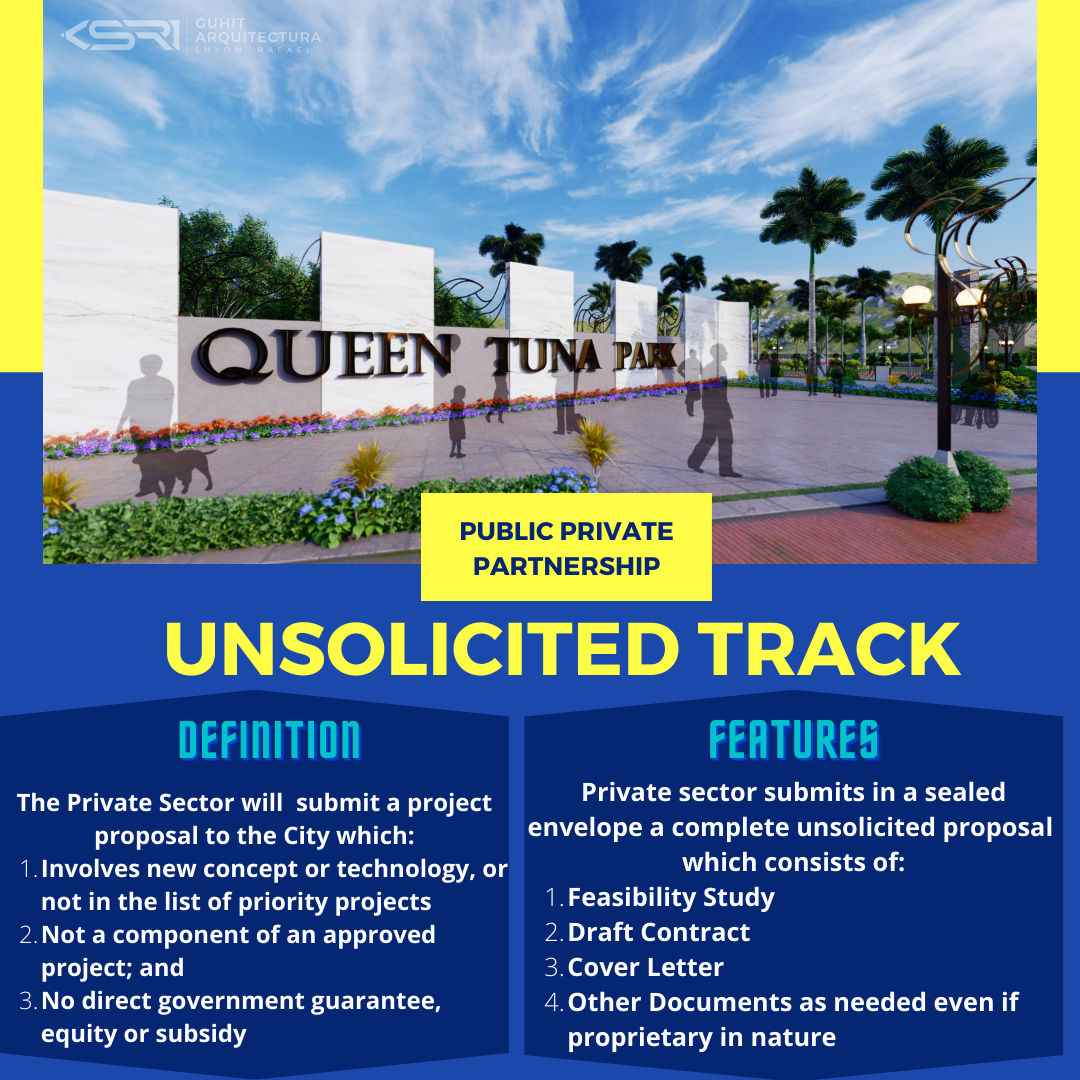 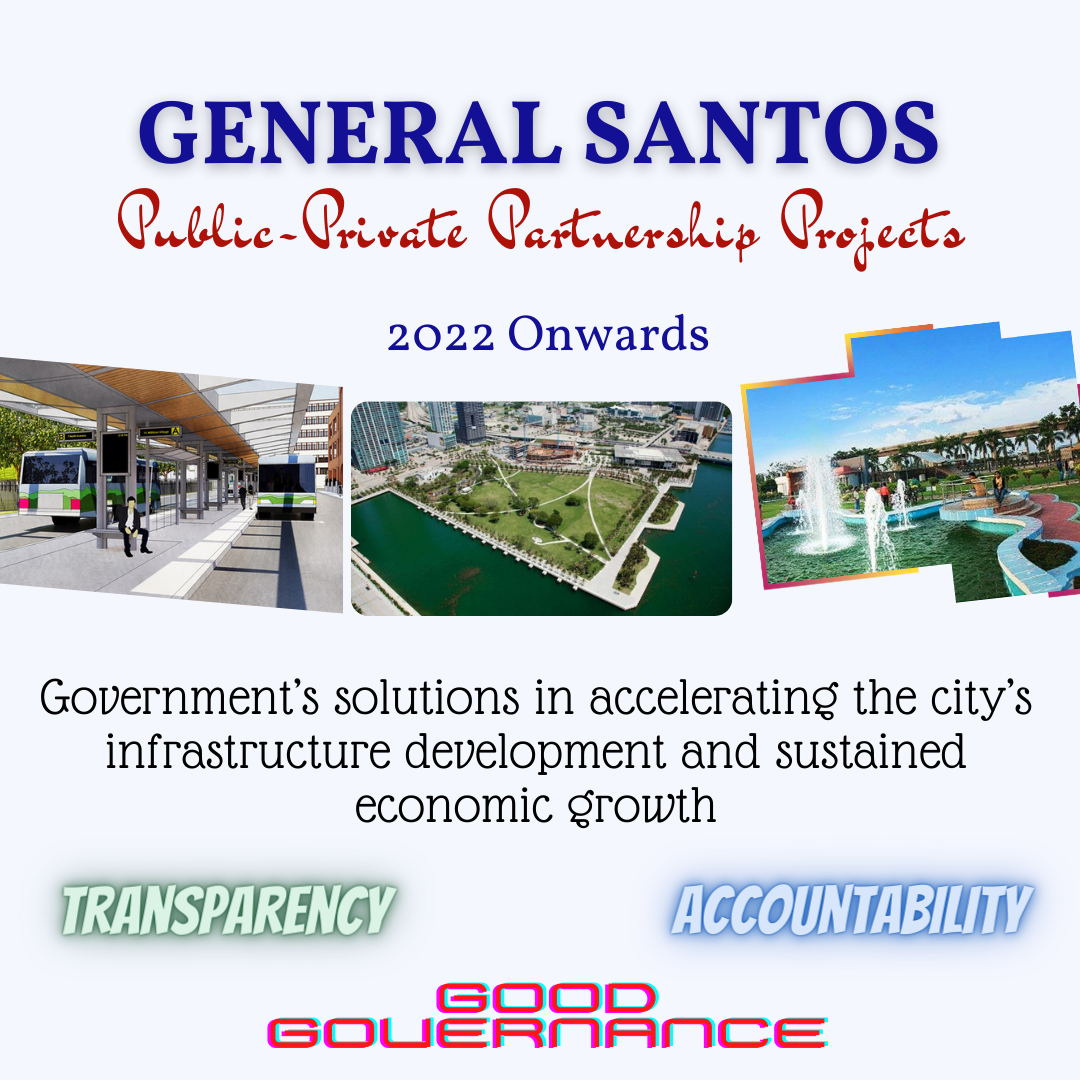 For the City of General Santos City, for 2022 onwards, projects identified in the Sustainable Urban Infrastructure Development (SUID) Masterplan  are being promoted. These projects can be found in the gallery below.

Fill in the form and attached all the necessary document in .pdf file with Duly filled and Notarize documents.

Currently, it is under the Investment Division of the City Economic Management and Cooperative Development Office which exercise administrative control and provides the necessary personnel for the its operations.

SECRETARIAT SERVICES TO THE PPP BOARD

The GSC PPP Coordinating Center is responsible in providing Secretariat Services to the PPP Board by implementing its policies and guidelines, and shall specifically perform the following duties:

a. Provide administrative support to the  Board ;

b. establish and maintain linkages with other offices and  agencies;

c. facilitate meetings of the Board, prepare agenda, resolutions and minutes thereof, and submit for their consideration and approval the policies and actions to fulfill pursuant to the provisions of the PPP Code.

d. Prepare budgetary requirements for the operations of the Board;

e. Report to the Board matters affecting plans, programs, and performance of the PPP Coordinating Center.

f. Keep all records and decisions made by the Board and maintain a library of literature regarding public-private partnerships;

g. Coordinate inter-related tasks and functions between and among the Board, PPP-SC, PPP Project TWG, PPP Center, and with such other necessary and appropriate offices and agencies; and

h. Perform such other functions necessary and incidental for the effective implementation of this Code as directed by the Board;

The PPP Coordinating Center shall provide technical secretariat services to the PPP Selection Committee and shall specifically perform the following duties:

a. Provide administrative support to the PPP SC;

b. Organize and arrange all necessary requirements for PPP-SC Meeting.

c. Prepare the minutes of meetings

d. File and keep all records pertaining to PPP-SC transactions;

f. Facilitate the compliance of all the requisite permits and approval prior to implementation of PPP Projects;

g. Submit the original signed copy of the PPP contract and other project- related documents to the Board and the PPP Center within (5) working days after signing thereof; and

h. Perform such other functions that are necessary and incidental for the effective operation of the PPP Selection Committee.

In order to realize the implementation of Public-Private Partnership Projects in General Santos City, the Local Government Unit, through its Sangguniang Panlungsod passed two ordinances namely:

Having been  cognizant of its role in advancing the general welfare and promoting the interest of the community and the city within the framework of sustainable and integrated development,  the Local Government Unit of General Santos City adopted this Ordinance  in 2015; with the end-view of ensuring the participation of the private sector in local governance through effective and viable Public-Private Partnerships.

Specifically, this ordinance is enacted to achieve the following objectives:

To read more about the PPP Ordinance, kindly click this link:

The 1991 Local Government Code and its Implementing Rules and Regulations do not define Joint-Venture and the requirements, conditions and procedures in choosing the private JV partners, hence, the absence of a detailed statute and national framework on LGU JVs and the authority of LGUs to adopt or enact their own LGU JV framework or ordinance was confirmed by the Department  of Interior and Local Government or DILG (Legal Opinion No.10, s. 2014, 8 April  2014; Legal Opinion No. 47 s. 2012, 13 July 2012) and the Department of Justice (Opinion No. 18, S. 2012, 3 April 2012). Moreover, as Presidential Executive Order No. 78 (4 July  2012) affirmed that local government units may provide their own JV rules, guidelines and procedures, the LGU General Santos City came up with its own  General Santos City Joint-Venture Ordinance in the year 2017.

In pursuing JVs,   as stated in Section 4 of the JV Ordinance, the City shall be guided by the following reasons and drivers:

a. JVs shall be promoted to provide more, better, affordable and timely services to the community;

b. JVs shall promote the pooling and community of resources, sharing of responsibilities and functions, joint governances and decision-making, mutual innovation, and profit, income, dividends, risk and loss allocation.

d. Procurement of JV Projects  must be competitive and must be undertaken through open competitive bidding or competitive challenge, or in certain cases, limited negotiations. Competition must be legitimate, fair and honest. The selection of the private sector co-venturer must be done in compliance with the requirements of competition, transparency and accountability.

Corporate Recovery and Tax Incentives for Enterprises: A Way to Attract Investments in General Santos City